Estonian Weather Service has published new climate normals on January 2015. The new normals are calculated based on the period of 1981-2010. These normals replace the normals of 1971-2000.

However, the former period 1961-1990 still remains the official normal period defined by WMO and these normals are used to assess global climate change. The period of 1991 – 2020 will be used by WMO as the next reference time frame.

Monthly normals show that Estonian average air temperature has risen on most months, only June is a bit colder than previous normals. 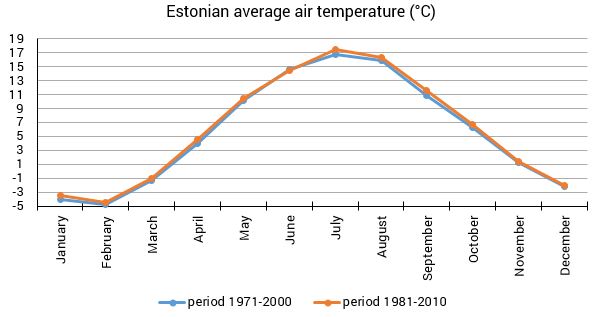 Monthly normals show that Estonian average precipitation amount has risen on most months. Only April, September and December are a bit drier than on previous period. 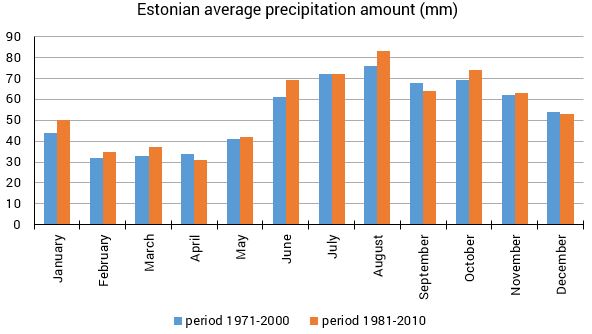 No votes so far! Be the first to rate this post.

Give us feedback about this page!